As promised, here is a sneak peek at Dark Prophecy...

Tumbleweeds drifted down the dirt road, kicking up dust and debris to carry in the wind.  The pitch sky stretched for miles in the horizon, meeting flat, bleached terrain.  Celestial bodies illuminated the three way crossroad in the distance.  My destination.
Not a soul traveled these streets, silence and heartache my only companion.
It was no coincidence she chose a crossroads as her summoning point.  A choice must be made.  Either you accept the deal and all it encompasses or you chose another, more righteous path.
Once most reach this far they have already decided.
But for me, that choice was never offered.  It was demolished the moment I heard the truth.
This is my only salvation.
I momentarily paused at the decrepit, rusty stop sign.
There was no stopping for me.
“Well, well… What do I owe the pleasure of a visit from you Zeus?”
My gaze met the woman standing on the other side of the crossroads, illuminated under the single ancient lamp post.  Her hair was the color of fresh blood and eyes of moss.  She wore a purple corseted dress that revealed her shapely figure.
“Hello Hecate, goddess of witchcraft and protector against the dead.”
A knowing smile curled her plump lips as she slinked forward and met me in the middle, the scent of sage and other herbs wafting around her.  “How are you dear king?”
As if she didn’t know.  The entire world seemed to know my recent troubles.
I crossed my arms against my chest defensively, a feeling of melancholy I was unaccustomed to staining my insides.  “I’ve been better.”
Only a few days have passed since Hera told me of the prophecy written about Hartley and me.  We were meant for each other, fated and destined.  And yet Hartley remains with my brother.
Her words in the Underworld were like dull, burning blades to my very soul.  She renounced our bond and vowed her love for Hades.  She claimed the girl who was meant for me died and the prophecy broken.
“I never thought I’d see the day when you and Hades vied for the same girl,” Hecate said, breaking the thread of painful memories.
“She’s my girl,” I snapped, lighting buzzing down my arms.
Hecate toyed with the ancient necklace around her neck, unaffected by my outburst, as her mossy eyes surveyed me.  Her gaze was so intense it felt invasive and disturbing as if she was peeling back my flesh to reveal my inner desires.
My feet shifted awkwardly and I cleared my throat.  “It’s why I’ve come to you.  I need a spell…”
Hecate’s palm lifted, stopping me mid-sentence.  “I know what you seek.”  She tilted her head to the side, scrutinizing me.  “Are you sure this is what you want Zeus?  The spell is powerful.  Many things will be altered.”
“Yes.  I’m sure.”
“I have one stipulation.  Persephone gets to remain unchanged.”
“Fine.”
“All right.”  She stepped closer, her eyes glistening with an otherworldly sheen.  “I must warn you Zeus.  There could be consequences, big consequences.”
I raked my fingers through my hair, impatience multiplying with every moment Hartley is not with me.  “I don’t care what the cost is.  No price is too high.  It’ll be worth it.”
Anything was worth having Hartley.
No comments:
Email ThisBlogThis!Share to TwitterShare to FacebookShare to Pinterest

The next book in Divine Darkness will be Dark Prophecy.  I thought it would be ready by the end of July, but it's looking more like the first week in August.  Sorry.  : (
I might post a little teaser soon so stay tuned!
No comments:
Email ThisBlogThis!Share to TwitterShare to FacebookShare to Pinterest 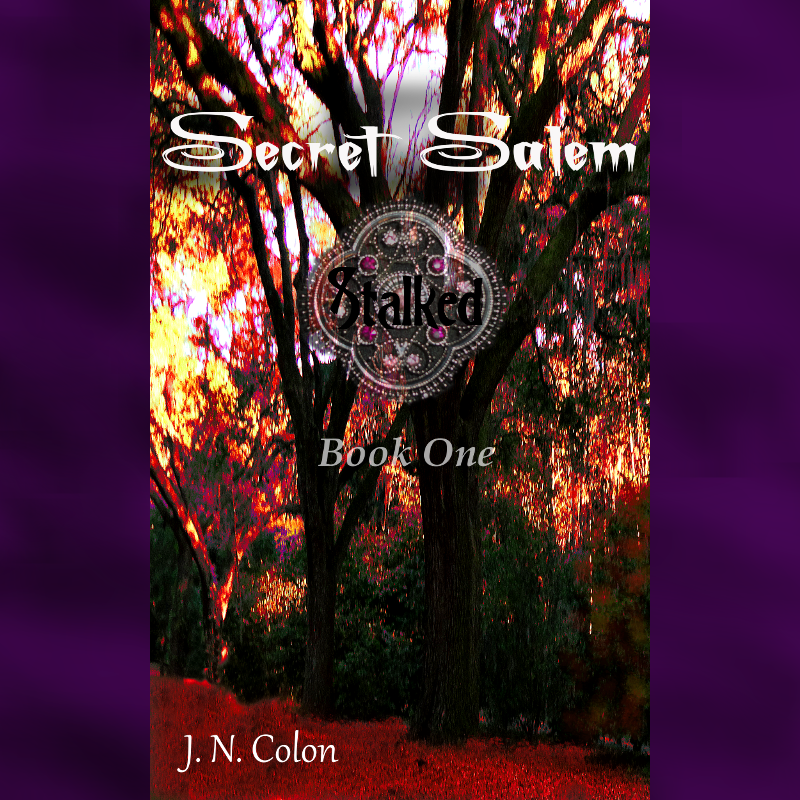 While trying to fit in, discover their secret, and sustain from attacking McCollum with her lips, Rubi finds herself in the middle of murder, obsession, and the supernatural.  The closer she gets to revealing what's really going on at Highland Academy the closer she gets to certain death--but at the hands of who or what?
1 comment:
Email ThisBlogThis!Share to TwitterShare to FacebookShare to Pinterest

Okay.  I just revamped (of course I had to use that word instead of redesigned) my website.  While I was working on it, it kept reverting back to the template.  So, hopefully you are seeing my covers at the top and not pictures of a model sprawled out on a bed.  If you are... oops.  I'll try to fix that!
No comments:
Email ThisBlogThis!Share to TwitterShare to FacebookShare to Pinterest

I released the second installment in the Secret Salem series.  Yea!  You can find Hunted on Amazon.

This time the secrets at Highland Academy are more than just deadly--they're beyond the grave...


Get the Book
No comments:
Email ThisBlogThis!Share to TwitterShare to FacebookShare to Pinterest
Newer Posts Home
Subscribe to: Posts (Atom)