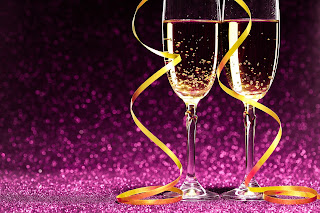 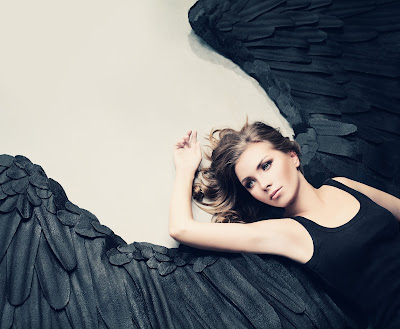 Pain exploded across the top of my noggin while stars popped in my vision and ears rang.  “Fraken A,” I groaned, grabbing the wall for support.  If I had to go to the hospital for stitches on my first day at a new school I was going to die of humiliation.  I wouldn’t be leaving that hospital.  Ever.
I slowly stood, the hall swimming before me and I knew—just knew—I was about to go crashing down, probably on my face.
“Woah.”  A pair of hands suddenly steadied me, keeping me from an epic knock out.
I was two parts thankful and one part mortified, because it meant this person probably had a front row seat to my wonderful display of inelegance.  The figure swam before me as I leaned next to my locker, blinking my vision clear.  All I saw was black and at first I thought I had knocked myself blind.  Then I shook off the stupid and realized I was staring at a black t-shirt, a black t-shirt stretched over a muscled chest that was barely an inch from my nose.
My gaze traveled up… and up until I traced the edges of a strong, shadowed with sexy stubble jaw, a pair of contrasting lush lips, and carved cheekbones.  Eyes the color of moss with flecks of gold that would make any miner happy stared back at me, ridiculously thick lashes framing them.  My heart thumped triple time, making me feel as if I’d been given a jolt of electricity to send it into over drive.  Or maybe a shot of adrenaline.
“Th-Thanks,” I mumbled, my mouth thick with cotton balls.  Gees just call me the Godfather for crap sakes.
The guy remained silent, simply staring at me with an unnerving look as if he was trying to see past my skin and bones into the depths of my soul.  I mean if that sort of thing was possible.  He was a head taller than me with thick shoulders that melted down into a tapered waist.  His legs looked powerful within those frayed jeans and his arms were probably just the same, currently covered by a leather jacket.  His hair was dirty blonde and shaped into a messy fauxhawk that on anyone else I would have scoffed at or even made fun of.  On him?  It looked amazing.  I had the urge to run my fingers through those strands.
As If his looks weren’t dangerous enough, he smelled salty like the ocean baking in the sun mixed with something spicy.  Man, I wanted to lick him.  That was how yummy he was.
If he was boy wonder witch I would gladly be his damsel in distress human.  Cue the evil, day walking vampire now.
Email ThisBlogThis!Share to TwitterShare to FacebookShare to Pinterest

I love the start and also your other series that I've read. Ty. You are an amazing author!

Hi JN Colon your books are amazing. I am looking forward for your upcoming book the Iron Series. I love the paranormal touch which you give. Thank you for sharing this good news of the book with us.