I'm getting close to finishing Secret Salem 3!  Below is a little teaser.  Enjoy. 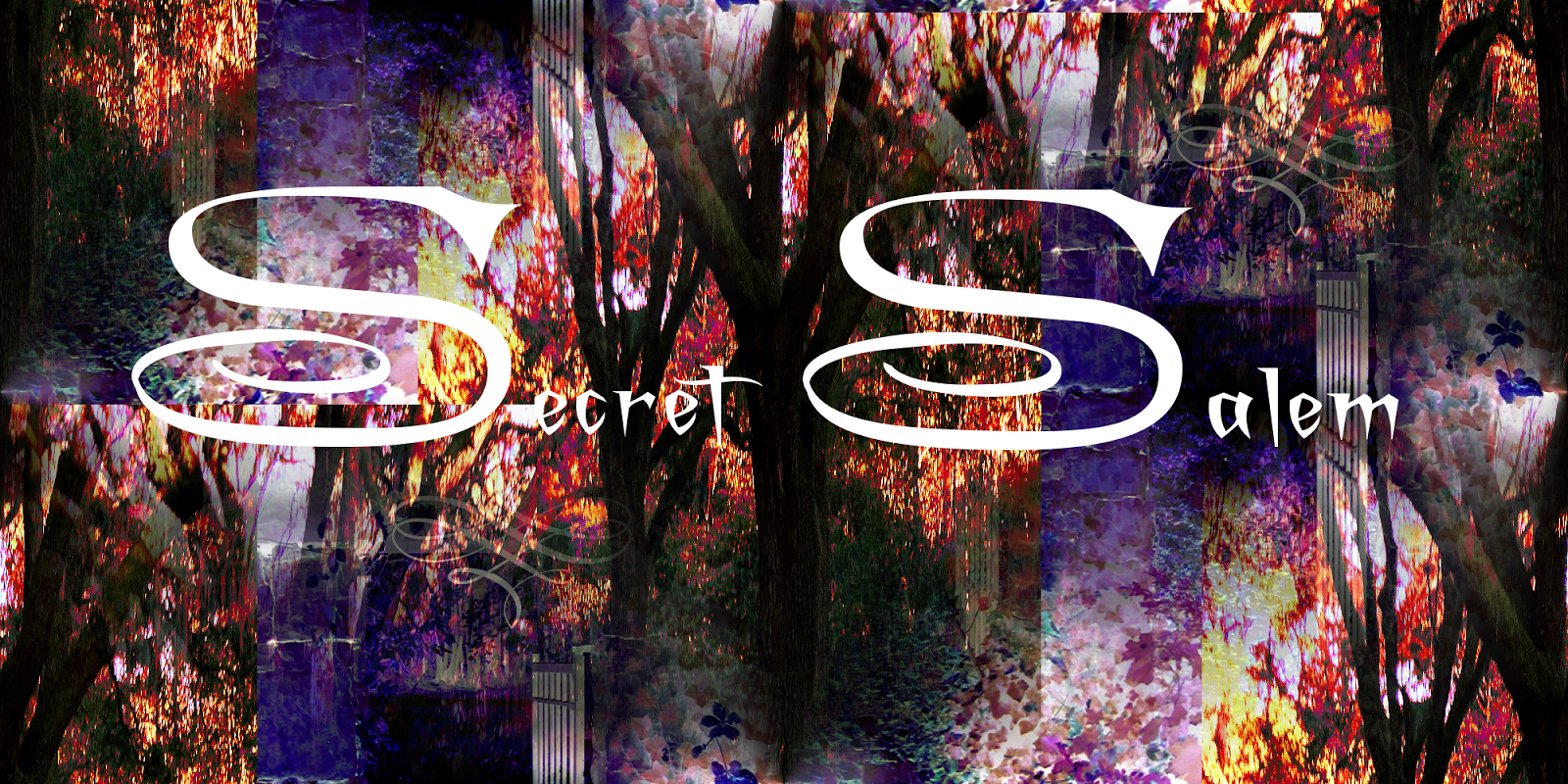 Silver chains painfully bit into my arms and ankles where they bound me to the rigid wooden chair.  The air was dank and musky, dampness of the earth sinking through the walls.  No windows provided light.  The few haggard candles burning in the room, crying wax tears cast ominous shadows like monsters.  A raw wood desk with a single drawer was tucked I the right corner while a hard bench was shoved in the other.  A simple wood ladder led to the floor above.
I uselessly struggled against the binds as a group clad in black surrounded me, malice poisoning the air.
“You are an abomination,” William, their leader said, a light Scottish accent lacing his words.  He stood tall and broad shouldered, his pitch shirt straining against his muscles.  His hair curled passed is ears and framed his moss colored eyes that held a wild tint to them.  A wicked scar ran down the left side of his neck to his shoulder, four parallel lines—claw marks no doubt.  And I had no doubt whatever did that had met the end of his blade.  “Not only is your sight unnatural, but you are between two worlds on a path that leads directly to hell.  We end this now.”
I scoffed.  “You aren’t killing me for the righteous act you claim.”  My gaze passed over the six other hunters leering at me behind his massive shoulders.  “You are scared of what I know, of what I’ll do.  I’ve already wrecked your current plans.  You want me out of the way to resume.”
Silence prevailed, not one false denial slithered forward.
William pulled on his coarse beard the color of rusty blood, an ominous sign of my future.  “That’s just a plus little witch.”

An unfamiliar laugh tumbled out my mouth.  “Oh this is far from the end William.  My path of destruction as you call it will not end with me.  Your sect is cursed.  My next descendant with the gift will be your undoing.”
The crowd bristled restlessly, fear entering their eyes except for William.  “You are barely an adult and your life ends in mere minutes.  You won’t have any children to pass your devilishness to.”
A small smile curled my lips from the painful secret I kept hidden for months.  “She will stop your evil plot.  I’ve seen it.”
A malicious sneer morphed Williams face, his yellowed teeth gritting against his chapped lips.  He unsheathed a silver dagger from his belt, the candlelight turning it to liquid gold, and approached me with heavy steps.  “You are finished girl.”  With one swift swipe, his hand arch toward me, slicing the blade through my neck, spilling scarlet blood down my white cotton shirt.
As the life drained out of me I couldn’t help but smile.  I’m sure it was an eerie sight to all of them, spurring their hatred.  But it didn’t matter.  I knew she would come…


“You sure are popular with the boys these days,” my mother remarked with a wink.  “Happy 17th birthday sweetie.”
Email ThisBlogThis!Share to TwitterShare to FacebookShare to Pinterest